Coronavirus Impact on Capitalism and Charities 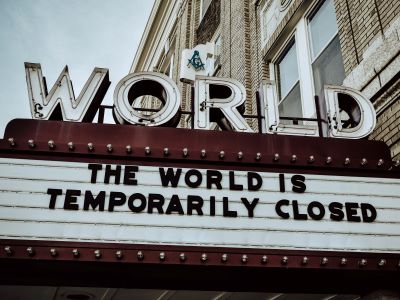 Coronavirus Impact on Capitalism and Charities

The International Monetary Fund (IMF) has forecast the global economy will shrink by 4.9%this year stating that is the worst since the Great Depression in the 1930’s. They have further stated the adverse impact on low-income households is particularly severe and likely to reverse the progress previously made in reducing extreme poverty in the world since the 1990’s.

The IMF has qualified their forecasts with a note the situation is dynamic so data should be used with caution. At this point they forecast global growth to rise to 5.8% in 2021 if the pandemic fades in the second half of this year. This forecast is driven primarily by growth in countries such as India and China.

For countries heavily reliant on the services industries,such as the United Kingdom, recovery is expected to be slow.

An interesting dialogue is circulating asking what the impact of the pandemic is on capitalism. To deal with the pandemic governments have had to take a command and control approach. Initially this was by implementing social distancing and partial shutdowns of parts of the daily lives of their citizens.

Many of these governments have provided financial relief such as Job Keeper and increasing Job Seeker payments in Australia. Changes to landlord rights meant struggling individuals could not be evicted and landlords were expected to share the load on the public purse. Some sectors have put their hand up for support to survive and all of that takes a toll on the public coffers.

These measures are not akin to a capitalist society and they are not isolated to Australia. The amount of debt being consumed by governments will at some point need to be repaid in the future, along with the interest being accrued.

As with capitalism a lot of questions have been raised about globalisation and particularly in relation to supply chains. Personal Protective Equipment for medical staff, hand sanitiser and toilet paper were in scarce supply. The drive for a global economy to meet expectations of cheaper products has had a very bright spotlight placed on it because of the pandemic.

According to the World Economic Forum (WEF) the calls for “sovereign” or “national” supply chains suggests corporations should be reassessing their approach to outsourcing. Outsourcing has primarily been driven by multinational companies’ desire to for cost efficiencies. No doubt most organisation’s risk assessments did not include the supply chain impacts of a global pandemic.

A nationalised approach to supply chains would mean consumers likely accepting increased prices for many products however it should result in an increase in manufacturing jobs which have all but disappeared in many countries. For Australia there would be impacts to our export market given we currently supply products such as iron ore for use in manufacturing overseas.

Across the world we have seen many examples of corporations stepping up to help others such as Cue in Australia who diverted their resources to make scrubs for health workers following a lack of supply and an increased need.Shoe company Allbirds (USA and NZ) donated half a million dollars worth of footwear to healthcare workers given they were on their feet for extended periods.

As with corporations there have been polar opposite responses from celebrities as detailed in this article in The Guardian. Madonna is called out for preaching to the masses about how the Coronavirus “doesn’t care about how rich you are, it’s the great equaliser” as she sat in a bathtub filled with rose petals. Billionaire David Geffen also gets a mention for a, now deleted, Instagram post of himself self-isolating on his $590m super-yacht.

The counter to this is the number of celebrities who have done a lot to help people stay entertained while in lock down. From live solo musical performances to the hilarious “Some Good News” streamed on YouTube by John Krasinski featuring special guests such as Brad Pitt giving a weather update.

What does this mean for Charities?

With fears of a period of extended economic hardship every charity already knows demand for services is likely to increase. Fundraising has been challenging this year due to the inability to hold events, run sausage sizzles, donation fatigue from the bushfires and donors now not being able to afford to contribute. The expectation is this will continue for some time, so every charity needs to plan for an extended period of increased demand and reduced income. Financials need to be re-balanced, grants submitted, and red flags raised with local, state, and federal government representatives.

The Impact Suite has run a stress test over small charities in Australia and expect one in two to not have sufficient funds to withstand the downturn. We believe government intervention will be required as will individual charities need to consider their options such as those detailed in our article “Tips for Charities on the Brink”.

It is prudent that governments, organisations, and charities constantly re-assess and re-evaluate the state of play and ensure that they are staying ahead of impacts as much as possible.